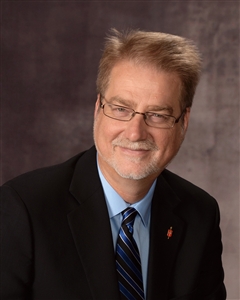 Ken Carter was elected to the episcopacy of the United Methodist Church, consecrated as a Bishop and assigned to the Florida Conference on July 18-20, 2012. He provides spiritual and administrative oversight for almost 700 churches, campus ministries and outreach initiatives in a region that stretches from Tallahassee and Jacksonville to Miami and the Florida Keys, and beyond in covenant relationships with Cuba, Haiti and East Angola.

In the denomination, he is currently the president of The United Methodist Council of Bishops, and he served as a moderator of the Commission on a Way Forward.

A native of Georgia, Bishop Carter earned degrees from Columbus College, Duke Divinity School, The University of Virginia and Princeton Theological Seminary. He has pursued additional training at the Harvard Law School Program on Negotiation and the Center for Creative Leadership.

Prior to his ministry in the Florida Conference, Carter served as a pastor for twenty-eight years in North Carolina, most recently as senior pastor of Providence United Methodist Church in Charlotte. His ministry there was described by American Religious Historian Diana Butler Bass in her book, Christianity for The Rest of Us. He also served as Superintendent of the Smoky Mountain District, which included sixty-nine churches in the seven westernmost counties of North Carolina, all within the region of Appalachia. In the Western North Carolina Conference he chaired the Board of Ordained Ministry and the Committee on the Episcopacy, and was a delegate to five jurisdictional conferences and three general conferences, leading the WNCC delegation in Tampa in 2012.

He is the author of eleven books on subjects related to the practice of ministry, among them stewardship, intercessory prayer, spiritual gifts, baptism and the means of grace. His most recent books are Fresh Expressions: A New Kind of Methodist Church (Abingdon Press, 2017, with Audrey Warren) and Embracing The Wideness of God’s Mercy (Abingdon Press, 2018). He was also a contributor to the Wesley Study Bible and the Feasting of the Word series.

In his tenure with the Florida Conference he has worked alongside gifted lay and clergy leaders in the development of over one hundred seventy Fresh Expressions of Church, an ongoing partnership with Candler School of Theology and Rethinking Conflict of Northern Ireland on preaching amidst violence and division, the POV Process for generative dialogue and courageous conversations, and the M-Lab Cohorts for design thinking and innovative ministry (with the Tennessee, Memphis and North Georgia Conferences and We Are Curio).

The bishop is married to Rev. Pam Carter. An ordained elder in The United Methodist Church, Pam serves as volunteer coordinator in disaster recovery of the Florida Conference. She has a deep involvement in God's mission in Haiti, where she co-founded a primary school and a microcredit initiative and where she often leads pilgrimages. Most recently, she helped establish an Institute of Preaching in Haiti as a partnership between the Florida Conference and Emory University's Candler School of Theology. In the Carters' first years in the Florida Conference, she has led initiatives that packaged 1.7 million meals through Stop Hunger Now and collected $20,000 for young adult missions through the resale of jewelry.

The Carters have been blessed with two young adult daughters: Liz is a Chinese analyst, author and PhD. student at U.C.L.A, and Abby is a recent graduate of Duke Divinity School who serves in admissions and vocational discernment at Martin Methodist College in Pulaski, Tennessee.  Most recently the Carters have also experienced the joy of a granddaughter, Paige.

The Florida Conference of The United Methodist Church